Do You Have A Project We Can Help With?

INERGEN® is the best known Inert Gas Agent and has been used for more than 20 years. It is used as a reference for both the agent and the hardware. As the best marketed Inert Gas product, it is widely used to describe all Inert Gas Systems, but ultimately an INERGEN® System is a manufacturer-specific product.

INERGEN® is a mixture of 3 gases namely Argon, Nitrogen and CO2. The exact mixture of the 3 gases is 52% Nitrogen 40% Argon and finally 8% CO2. CO2 is added in such a low concentration that it has only a small effect on breathing and is there to automatically stimulate breathing in the human body for oxygen to the brain.

The trade term IG541 comes from describing the approx volume by percentage of each gas. It is colourless, odourless and has a similar density to air, although slightly heavier and can be used in class A, B and C fires.

It is held as a gas in the cylinder and when discharged it does not mist, so it is not visually impaired to get out of the protected room. Because of the pressure during discharge it will be both noisy and will make your ears pop.

INERGEN® is available today as 200 bar and 300 bar for new systems from Concept Fire Suppression Ltd and we would be happy to discuss your requirements. Older 150 bar systems are only available under our Service Exchange Program.

INERGEN® hardware is not as simple as the fire suppression agent, as there are many different valves in the field and it is crucial that the right valve is identified in particular for 10 years of testing. A lot of the older valves are no longer available as new replacements but there are many older valves available as refurbishments. The identification of the right valve is best performed visually, and any requests for refills or 10 years testing must be provided with images of the valve and cylinder.

For new 200 bar systems there are 4 cylinders sizes available 27ltr, 40ltr, 67ltr and 80ltr and for 300 bar only an 80ltr cylinder. It is unusual to see anything less than an 80ltr cylinder, but they are there, so care must be taken when ordering replacements. 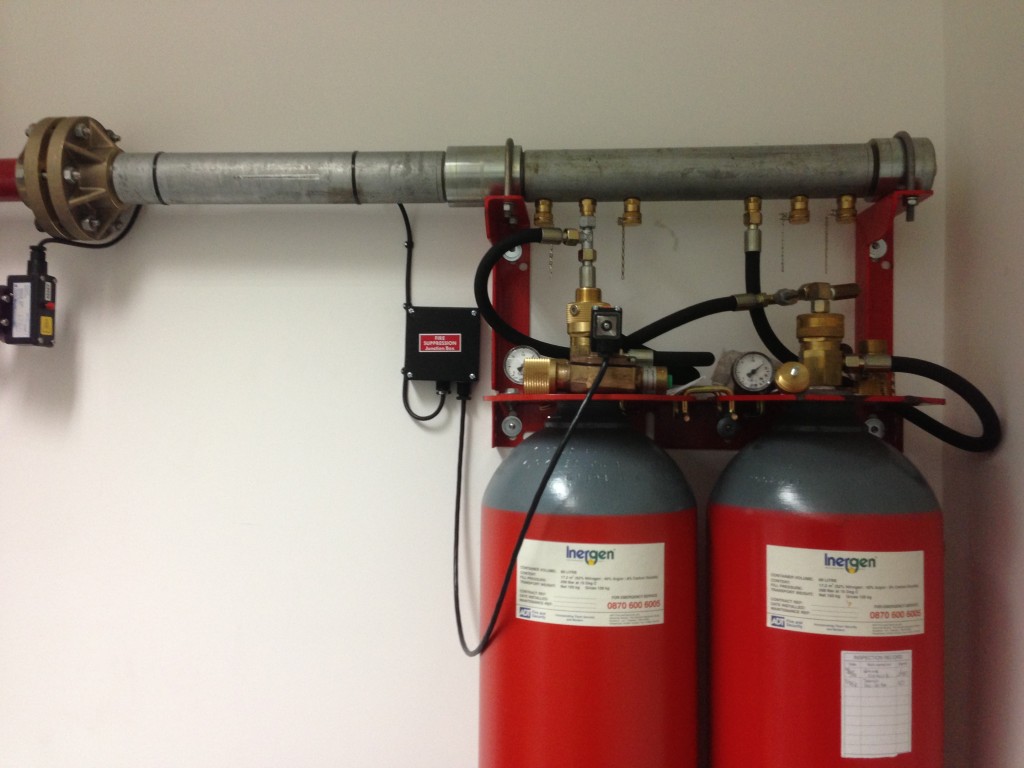 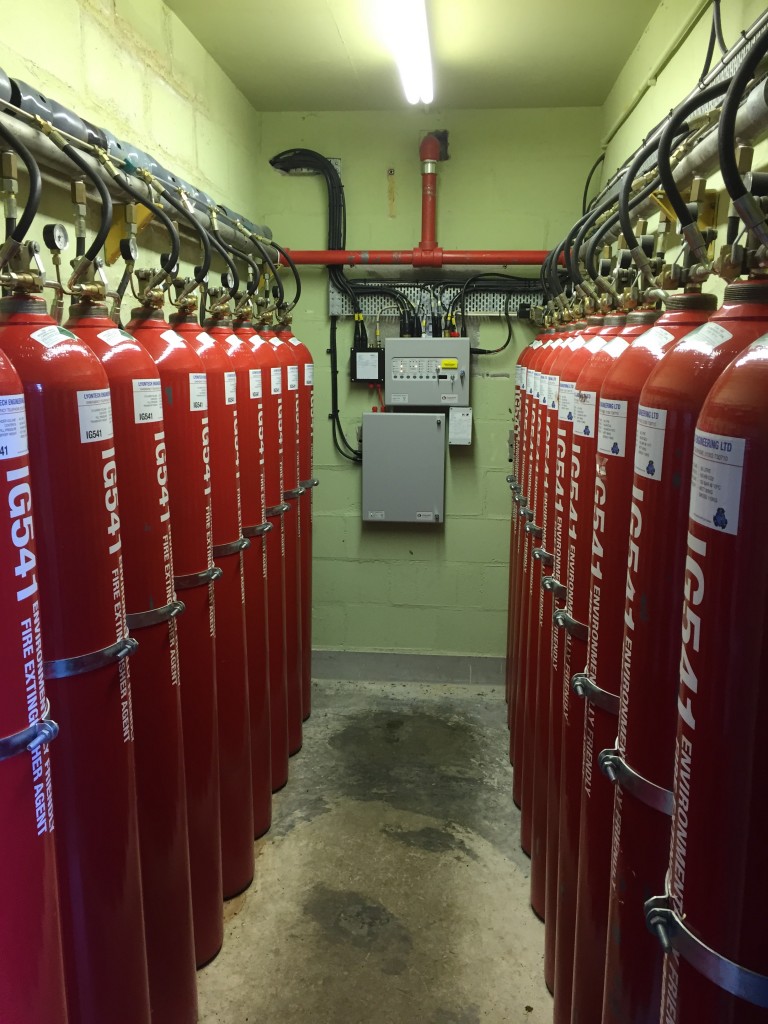 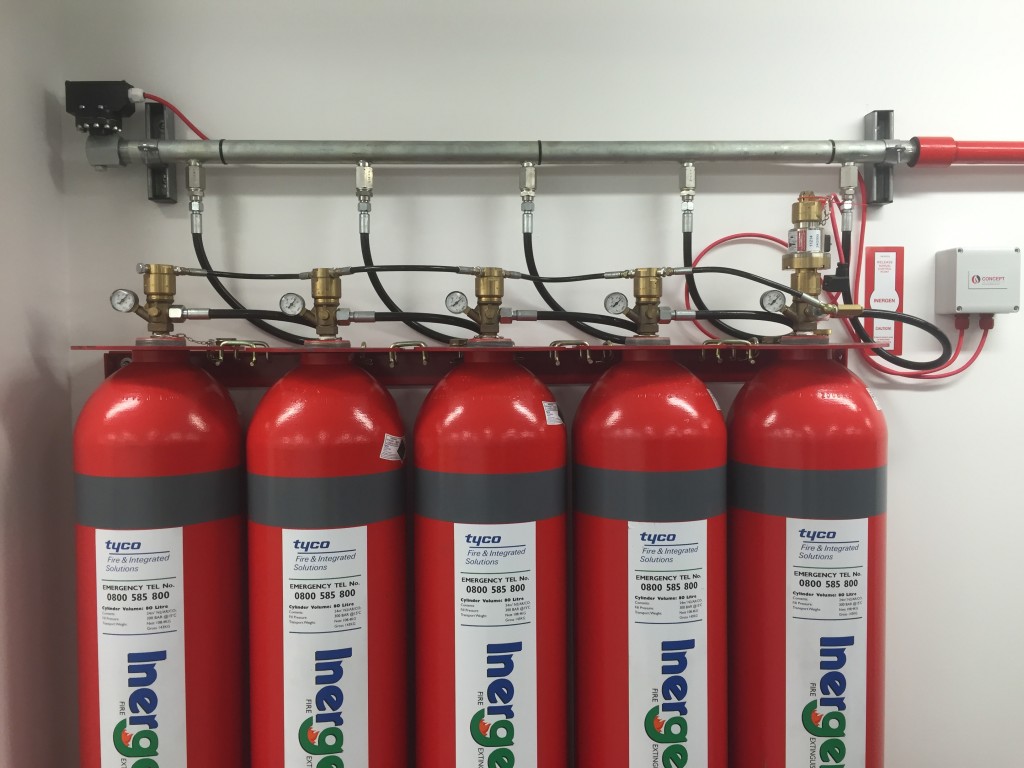 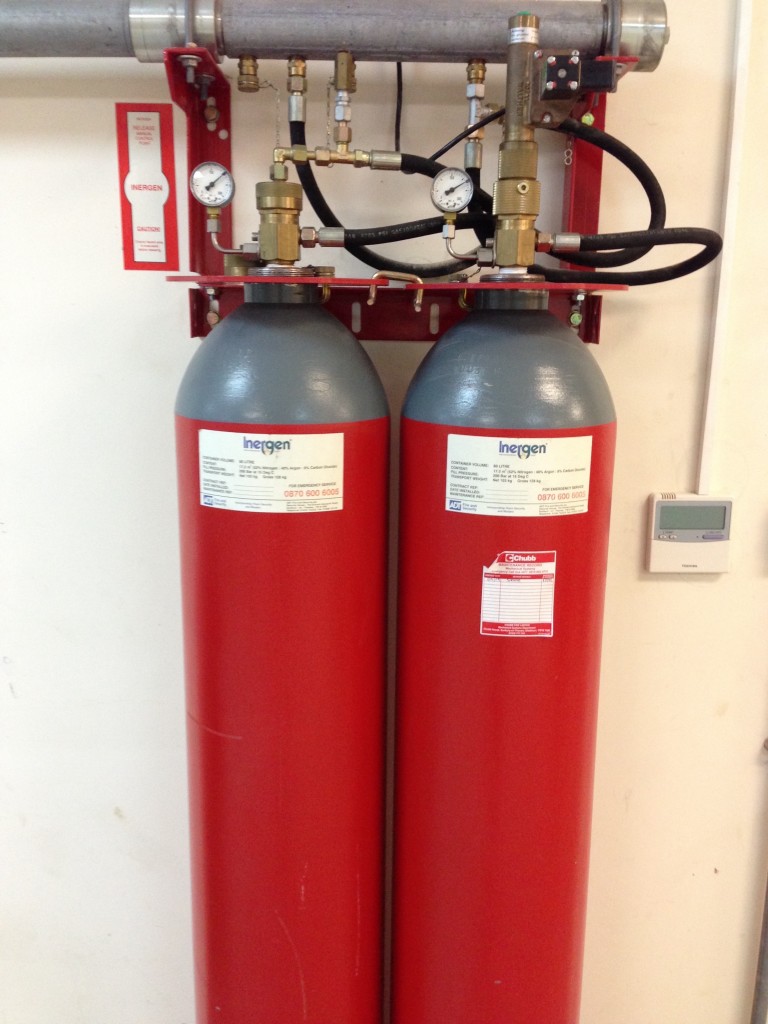