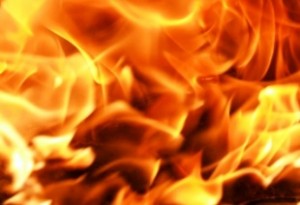 king on a business park which was badly damaged by fire just before Christmas have managed to reinstate gas, electricity and water supply.

The fire at Lancashire Business Park, near Leyland, had started in a tissue paper warehouse and had continued to burn for around three weeks before it was finally put out last week.

The park’s owner, Lancashire County Council. has said it is working with the two businesses most seriously affected, Bowkers and HPH, to look into temporary accommodation and that its staff had been on hand to provide assistance to the 40-plus businesses affected by the fire.

Stephen Costello, director of property at Lancashire County Council, said: “We’re pleased that services have been restored on the site and the majority of companies are able to get back to business.

“It is likely to be some time before demolition and site clearance works can begin. The area directly affected by the fire has now been secured with perimeter fencing and some parts of the site will remain inaccessible until further notice.

“The county council would like to thank all concerned for their continued cooperation during this disruption.”

This story was taken from thebusinessdesk.com click here for the original story.