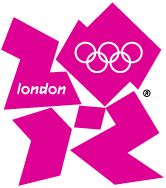 London Fire Brigade have released issued a statement reassuring the public that they will have adequate resources to protect this summer’s Olympic Games, taking the FBU by surprise.

The deadline for firefighters to sign contracts agreeing to work extra hours during the games passed this week, and despite a ban by the Fire Brigades Union (FBU), the brigade claims around 160 firefighters have signed contracts to work on the Olympic Park, in Stratford, East London.

LFB will have five rapid response vehicles stationed in the Olympic Park itself, able to deal with small incidents, with a number of fire engines at stations surrounding the park on standby to deal with major incidents.

An original plan to recruit 225 extra staff for the Games was scuppered by the FBU when they banned members from signing contracts for the extra work. In spite of the ban contracts were still issued to staff interested in working at the Olympics.

Operational resilience and training director, Gary Reason, said, “It’s disappointing that the London region of the FBU blocked its members from signing contracts to work extra hours during the Olympics.

“It has denied many firefighters the opportunity to earn extra money and be part of an amazing once in a lifetime opportunity. The union was given a clear deadline by which it needed to agree to the Olympics contracts and this has now passed.

“The London Fire Brigade will still be providing a first class fire service to both the Olympic Park and the rest of London during the Games. I am extremely grateful to those staff who came forward and signed the Olympics contracts as this must have been a difficult decision.

“Our plans will ensure that Londoners and the millions of people visiting the capital during the Olympics are kept safe.”

A spokesperson for the London brand of the Fire Brigades Union, said to info4fire that the announcement had come as a “complete surprise” to them.

He continued, “Negotiations with the Brigade regarding volunteering at the Olympics have been taking place and are ongoing. We told our members not to sign contracts until those negotiations had concluded.

“We’re calling an urgent meeting with the brigade, that’s all I can say at the moment.”