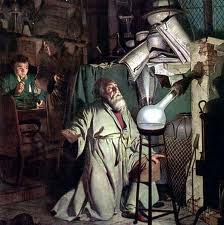 A man has admitted arson and endangering the lives of others after trying to turn his own faeces into gold.

Paul Moran has been jailed for three months after an experiment caused around £3,000 worth of damage to his housing executive home in a block of flats at Derrin Park in Enniskillen, Northern Ireland in July.

Moran left his faeces, along with other waste products such as fertiliser on a heater, which then caught fire.

Moran admitted arson and endangering the lives of others.

At Enniskillen Magistrates’ Court, his honour Judge McFarland told him: “Rather bizarrely you were attempting to make gold from human faeces and waste products.

“It was an interesting experiment to fulfill the alchemist’s dream, but wasn’t going to succeed.”

Moran’s barrister, Des Fahy, agreed that the case was bizarre. He said Moran was a man of considerable intellectual ability but there was a clear problem over the years relating to drug abuse.

Moran will spend a further 12 months on licence when he is released.